Recently, Andrew Adams contributed to the 'gold' vs. 'green' open access discussion and he wrote this on the LIBLICENSE list (edited for typos):


There are on the order of 10,000 research instutitions and more than ten times as many journals. Persudaing 10,000 institutions to adopt OA deposit mandates seems to me a quicker and more certain route to obtain OA than persuading 100,000 journals to go Gold (and finding more money to bribe them into it, it would appear – money which is going to continue to be demanded by them in perpetuity, not accepted as a transitional fee – there's nothing so permanent as a temporary measure). (Full message here.)

10,000 research institutes means, in terms of Harnadian 'green' mandates, a need for 10,000 repositories; 100,000 journals (if there were so many; I've only ever heard numbers in the order of 20-25,000 [recently confirmed as in the order of 28K]) does not mean 100,000 publishers. Besides, there is no existential reason for institutions to have a repository and 'green' mandate. The fact that others have repositories and it doesn't have one itself does not harm a research institution in the same way that not being 'gold' (or at least having a 'gold' option) does existentially harm journals in an environment of more and more 'gold' journals.

As for costs, there are two things that seem to escape the attention of 'green' advocates (by which I mean those who see no place for 'gold' open access at this stage on the basis that 'green' would be a faster route to OA and would be cheaper):

Price-reducing mechanisms would even work faster if and when the denizens of the ivory tower were to reduce their culturalism and anglo-linguism that currently prevails, in which case we could rapidly see science publishing emerge in places like China, India, and other countries keen on establishing their place in a global market, competing on price. APCs could tumble. Some call this 'predatory gold OA publishing'. Few seem to realise that the 'prey' is the subscription model.

The recently published Finch Report expresses a preference for immediate, 'libre', open access, and sees 'gold' as more likely to be able to deliver that than 'green'. Meanwhile, 'green' is a way to deliver OA (albeit delayed and not libre) in cases where 'gold' is not feasible yet. That is an entirely sensible viewpoint, completely compatible with the letter – and I think also the spirit – of the Budapest Open Access Initiative (BOAI). Incidentally, referring to the BOAI is characterised as "fetishism" (sic) by Andrew Adams.

Comparing 'green' and 'gold' is almost, to borrow a phrase from Stevan Harnad, "comparing apples and orang-utans". The Finch report is not mistaken to see 'green' as (in the words of Michael Jubb) an "impoverished type of open access, with embargo periods, access only to an authors’ manuscript, without links and semantic enrichment; and severe limitations on the rights of use." After all, in the 'green' ID/OA scheme (ID = Immediate Deposit and OA meaning 'Optional Access" here) favoured by Harnad c.s., deposited articles may be made open if and when the publisher permits.

Besides, 'gold' implies also 'green' ('gold' articles can be deposited, without embargo or limits on use, anywhere, and by anyone), where 'green' does not imply 'gold'. A Venn diagram might look like this (below). 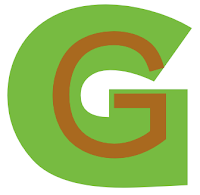 The Finch group has come to its conclusions because they have clearly learnt the lessons of the last decade. There is nothing — repeat: *nothing* — that prevents academics to eschew the services of "rent-seeking" (as Adams put it) publishers. They could easily self-organise (though I realise that both the words 'could' and 'easily' are probably misplaced). To expect publishers (for-profit and not-for-profit ones alike) to refuse providing services that academics are seeking from them is silly.

For the avoidance of doubt, I am not against 'green' OA (in spite of what some 'green'-only advocates assert), especially not where there is no other option. The choice is not so much for or against 'green' or 'gold', but emphatically for full, unimpeded open access, however it is delivered, as long as it is "permitting any users to read, download, copy, distribute, print, search, or link to the full texts of these articles, crawl them for indexing, pass them as data to software, or use them for any other lawful purpose, without financial, legal, or technical barriers other than those inseparable from gaining access to the internet itself." You recognise this last phrase? Indeed, the precise wording of the BOAI.

Jan Velterop
Posted by Villavelius at 11:43 am 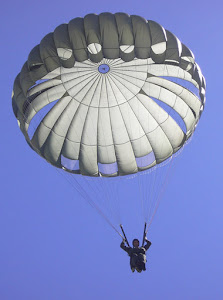